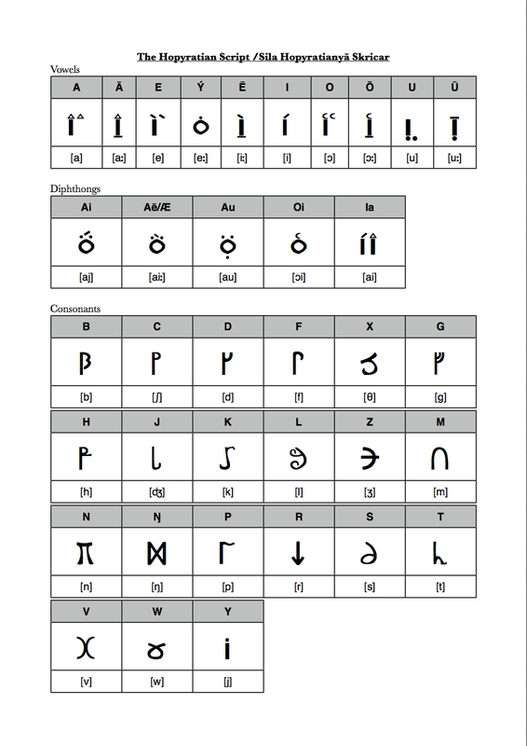 How to write
The Hopyratian script is written from left to write. Each letter is written clearly and there is usually a wide gap in between words. As you can see, there are two different letter for vowels: the one with the stem is used at the beginning of a word, the end of a word and after a vowel. The other is used when the vowel is in between two consonants or in between a consonant and a vowel with a stem. The letter for “y” used to be considered a vowel, however the stem underneath is never removed. 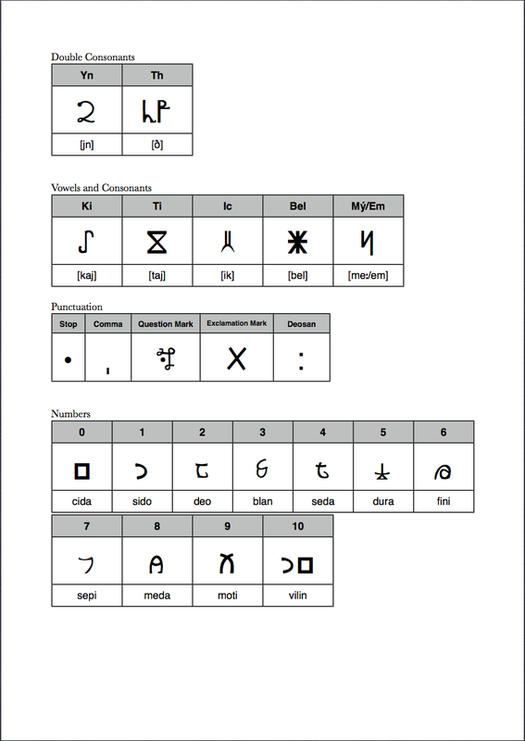 Punctuation
Punctuation always comes at the end of a sentence. A desoan is represents a double letter. There is also an apostrophe which is represent by the symbol.

Writing style
Usually Hopyratian is written slowly to be as legible as possible. However, in a rush, it can be written quickly but sometimes the letters are too close together to read.

Translation
All human beings are born free and equal in dignity and rights. They are endowed with reason and conscience and should act towards one another in a spirit of brotherhood.
(Article 1 of the Universal Declaration of Human Rights)
You can also see more information about the Hopyratian Alphabet on Omniglot at: http://www.omniglot.com/conscripts/hopyratian.htm
Download a PDF of the Hopyratian Alphabet
Hopyratian Font
Next Lesson